‘Be The Best You Can Be’ 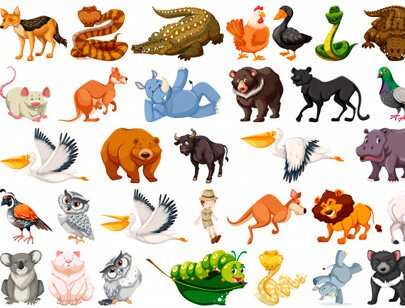 Year 3 and 4 have already been learning a bit about different animals in French, so I thought for this week's challenge I'd build on that and open it up to everyone! I'll be setting a couple of different tasks, so I would suggest looking at the one for your year group first and then if you also want to have a go at the other task please do!

Year 3 and 4 - watch the following video which has lots of animal vocabulary and also a few different ways to ask and answer simple questions about them: https://www.youtube.com/watch?v=OLUrufz-RRA.

Get someone to ask you the question 'As-tu un animal?' and respond with either 'Oui, j'ai...' or 'Non, je n'ai pas de...'. Then have a go at talking about an animal you like and an animal you don't like using 'J'aime' and 'Je n'aime pas'. Once you feel confident, video yourself! You could also draw a picture and practise writing a sentence or two.

Year 5 and 6 - watch the following video about describing animals: https://www.youtube.com/watch?v=5RpkUM9aWEE&feature=youtu.be

Hopefully you'll remember that adjectives usually come AFTER the noun in French, so if I want to say 'It's a red fish' I would say 'C'est une poisson rouge'. However, this video teaches you that some adjectives in French go BEFORE the noun too. Watch all the examples and then have a go at this worksheet to practise: https://secureservercdn.net/198.71.233.233/21f.6ad.myftpupload.com/wp-content/uploads/2017/11/Animals-Adjectives-in-French-Worksheet.pdf

I can't wait to see what fantastic work you do this week! Bonne chance!