‘Be The Best You Can Be’

At Moston Lane, we learn R.E through the Manchester Agreed Syllabus for Religious Education that was brought into practice during the academic year of 2016.  It is taught through key questions rather than religions, giving the opportunity to learn many religions at once but also through different topics and other subjects.

We also celebrate R.E. as a whole school, through celebration assemblies, fundraising competitions, plays and performances. We are also very fortunate as we are always looking for visitors to come into the school to talk and work with the children but also to go on R.E trips to different religious buildings too!

Here is the "R.E Curriculum Map", which outlines the key questions that are covered and taught throughout the year.

Over the last few weeks, the whole school have been working hard for a team competition to fill up their Harvest box! Each team brought their box into the hall for our assembly and the amount of food we collected for local food banks was fantastic! Miss Rowland led an assembly all about Harvest, comparing a typical day of food in UK and another in Sudan, it made us think very hard about how lucky we are. We also looked at what type of foods are grown here in the UK. Thanks again to everyone who brought something in for our collection, it was our best one yet! 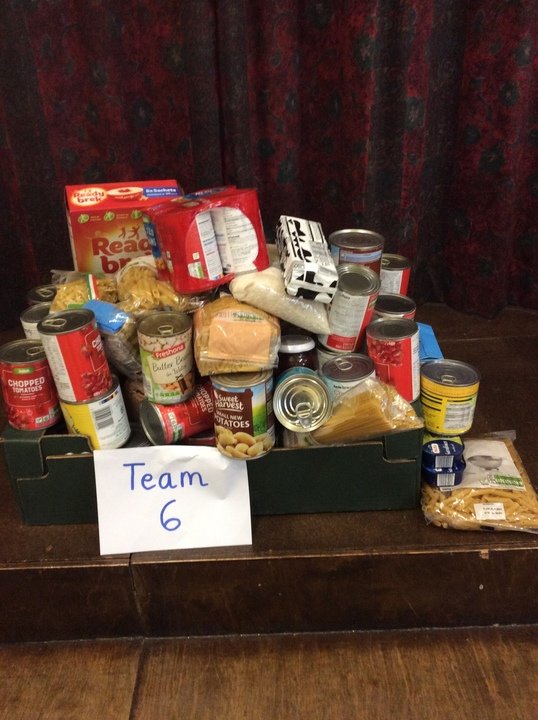 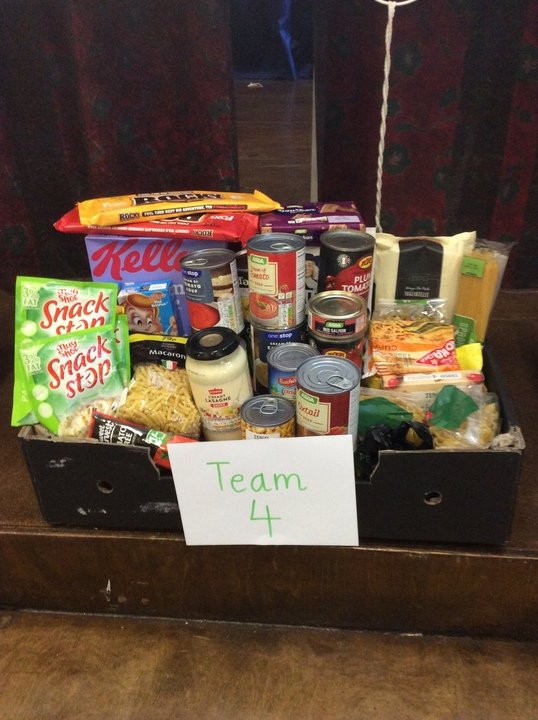 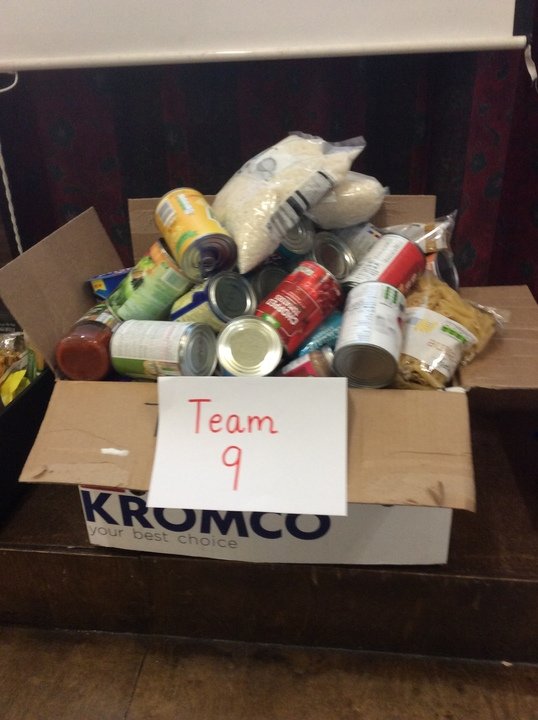 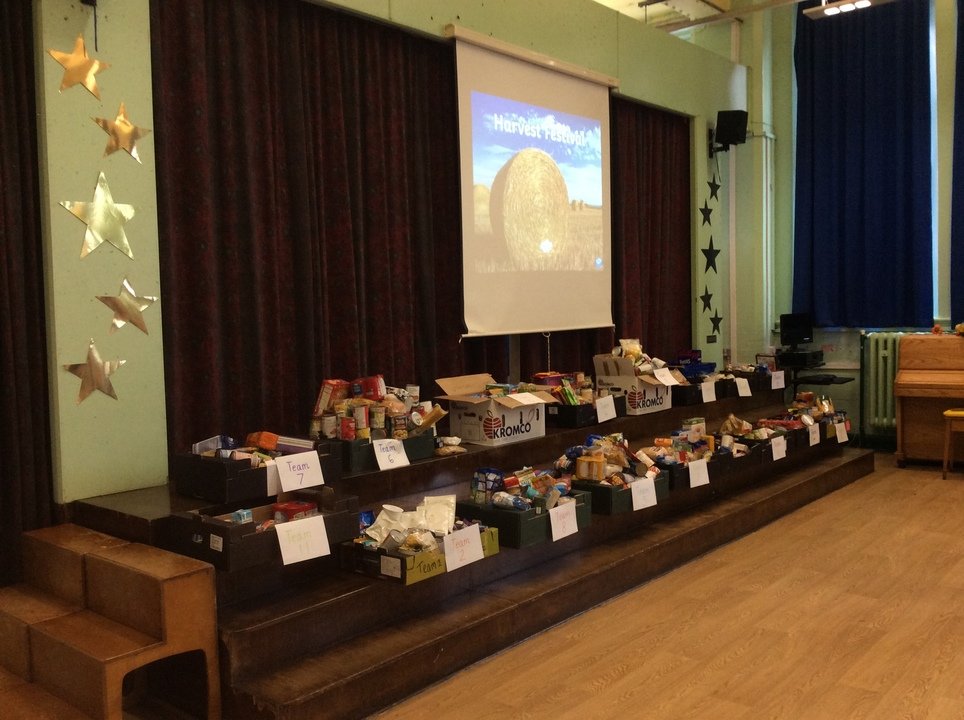 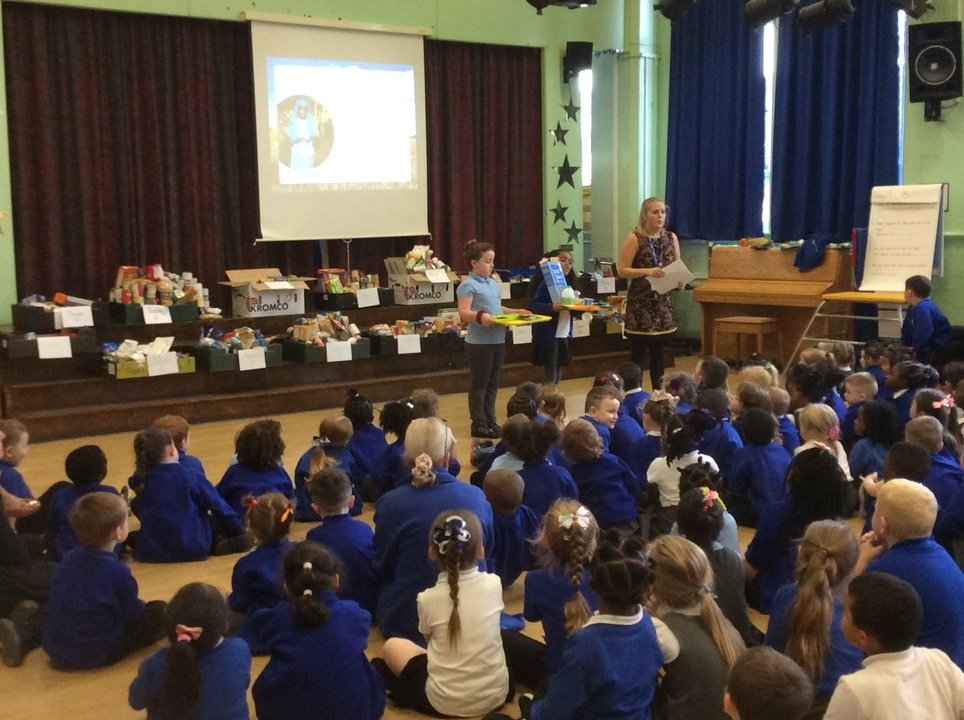 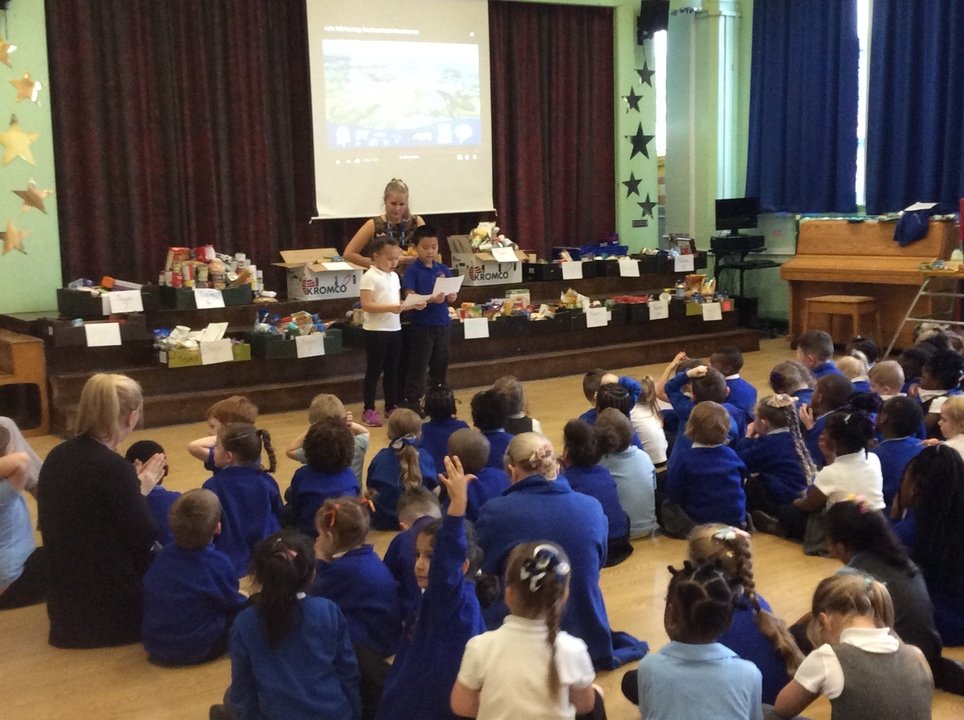 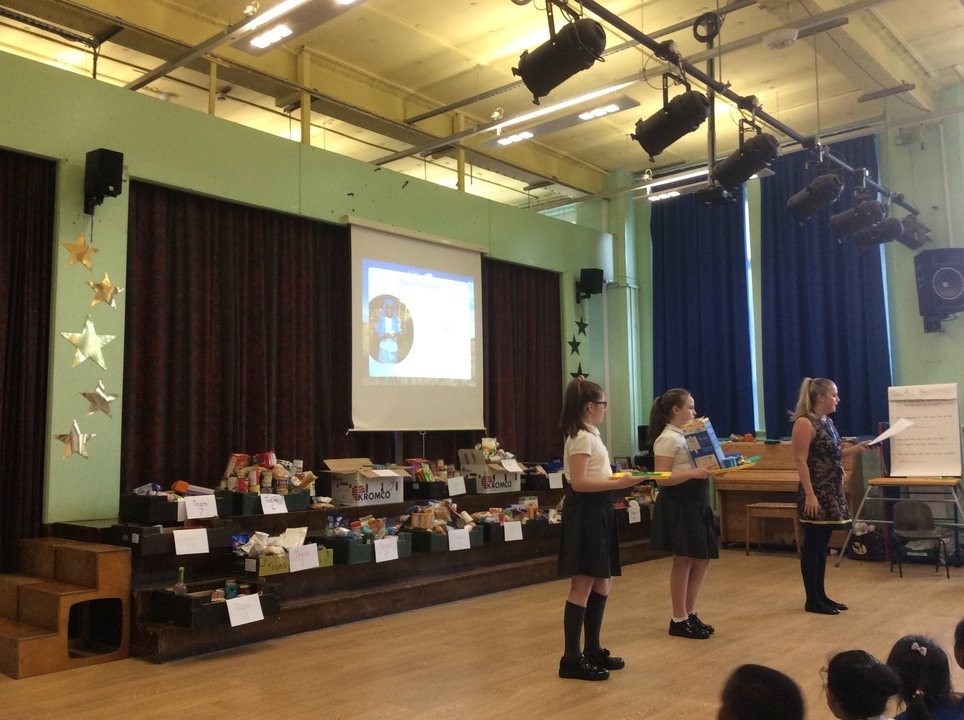 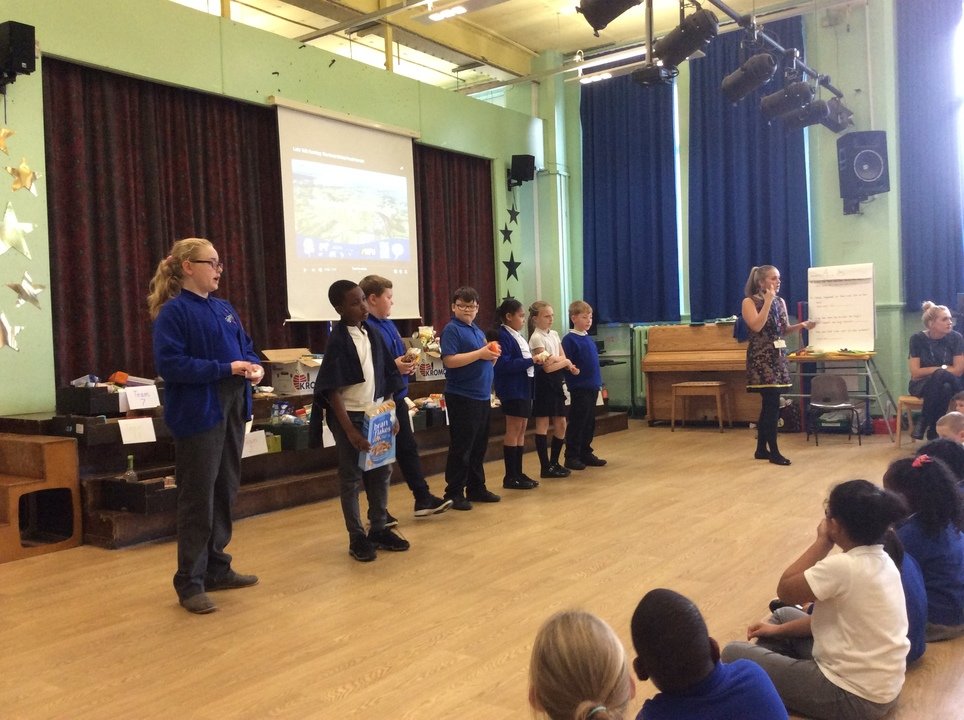 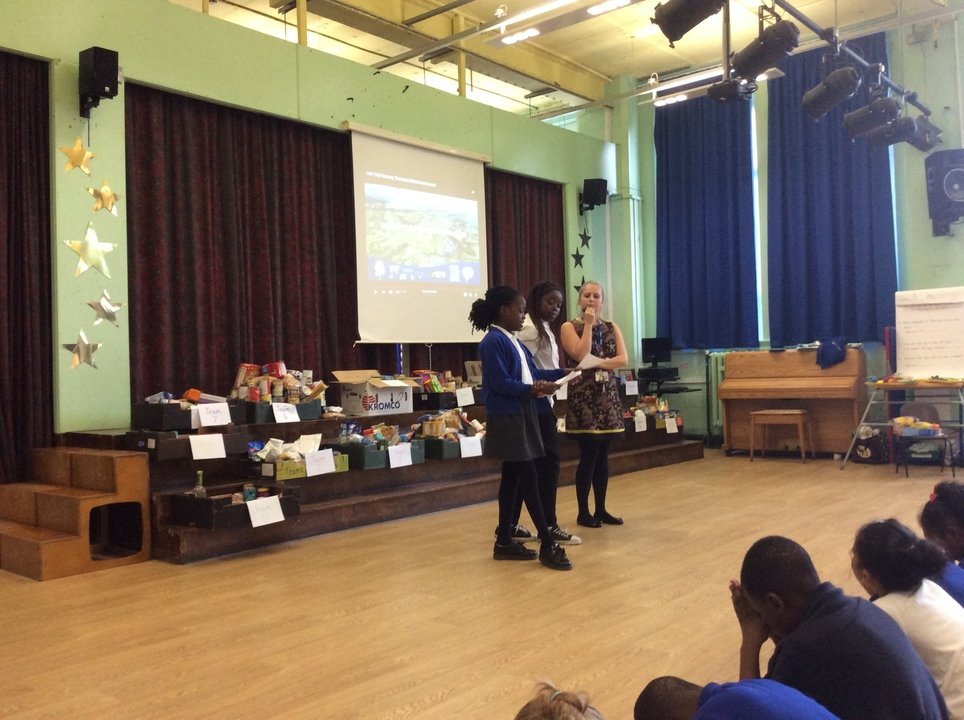 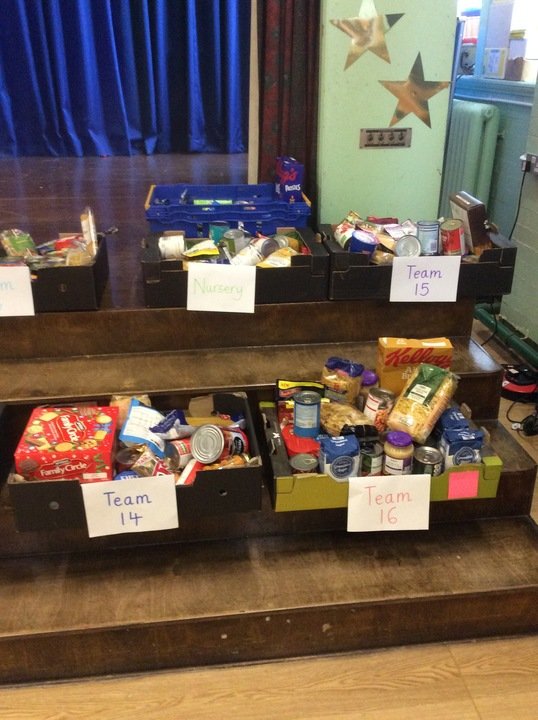 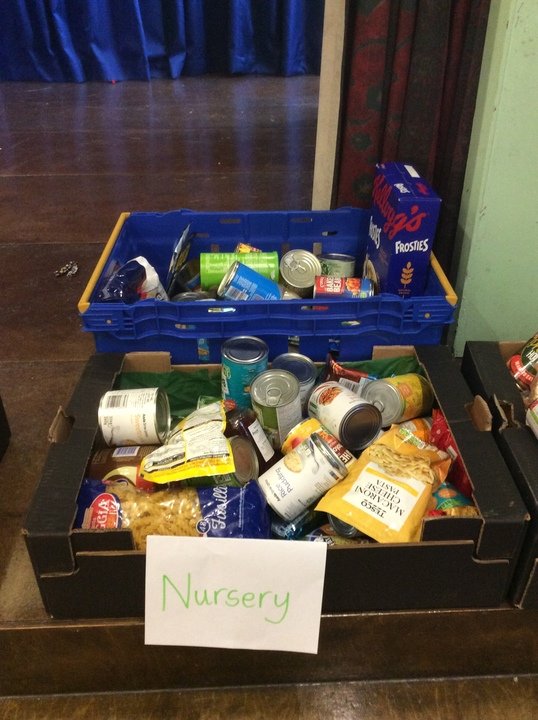 Year 6 had an exciting afternoon with Caroline from the Holocaust Day Trust, who came in to do some History, RE and Art activities based on the Holocaust. This tied in really well for Year 6 as they had been focusing on World War 2. They learnt about the Holocaust from the perspective of the children in the war and being “torn away” from home. This “Torn Away” project really engaged the children through group work with RE and History activities, as well as going onto creating a piece of artwork. This art was then exhibited at Manchester Library at a special art event. The Lord Mayor, High Sheriff and a Holocaust survivor attended this event and looked at our artwork along with some from other schools too.

Year 2 went on a trip to the Manchester Buddhist Centre after catching a public bus from school. They spent time in the Buddhist Centre learning more about Buddhist beliefs, as well as trying out some meditation and breathing exercises. They listened to Janet (a Buddhist leader at the centre) tell them about her Buddhist daily life and stories about Buddha. They had a chance to try out some exercises on prayer mats, ring the special bell and look at special Buddhist artefacts such as the prayer wheel.